Sarah Khan And Falak Shabir Meet | Sarah Khan is a beautiful and talented actress of Pakistan showbiz industry. Before acting in dramas, she used to voice and act in Urdu dubbing of Turkish dramas. Sarah Khan gained a lot of fame from her recent dramas including ‘Sabbat’ and ‘Raqs e Bismal‘. Last year, she married Pakistan’s leading singer Falak Shabir. 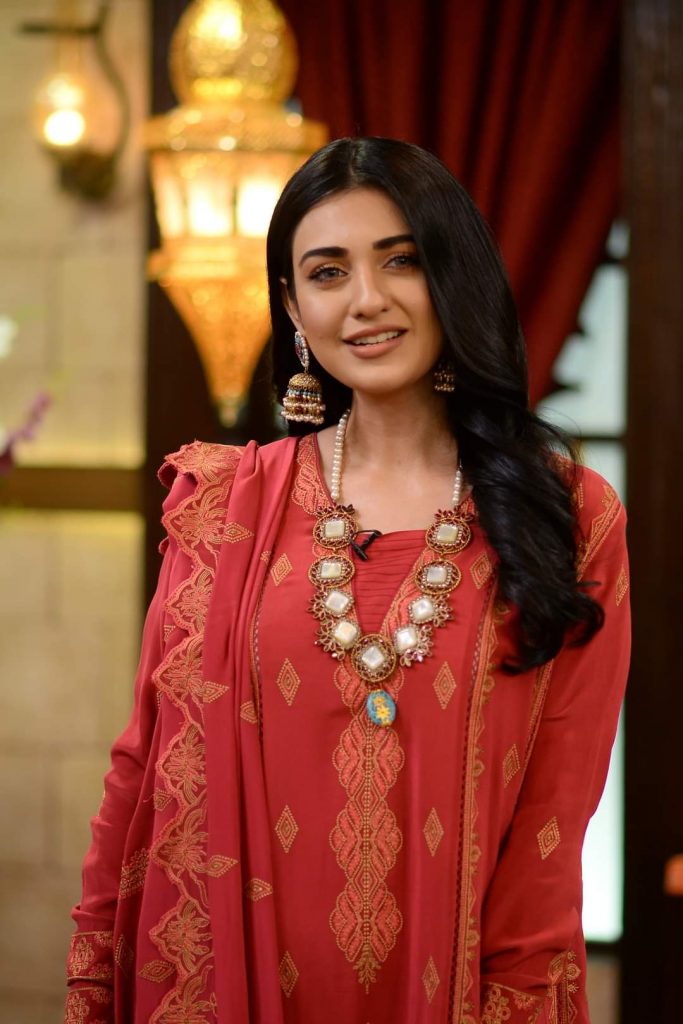 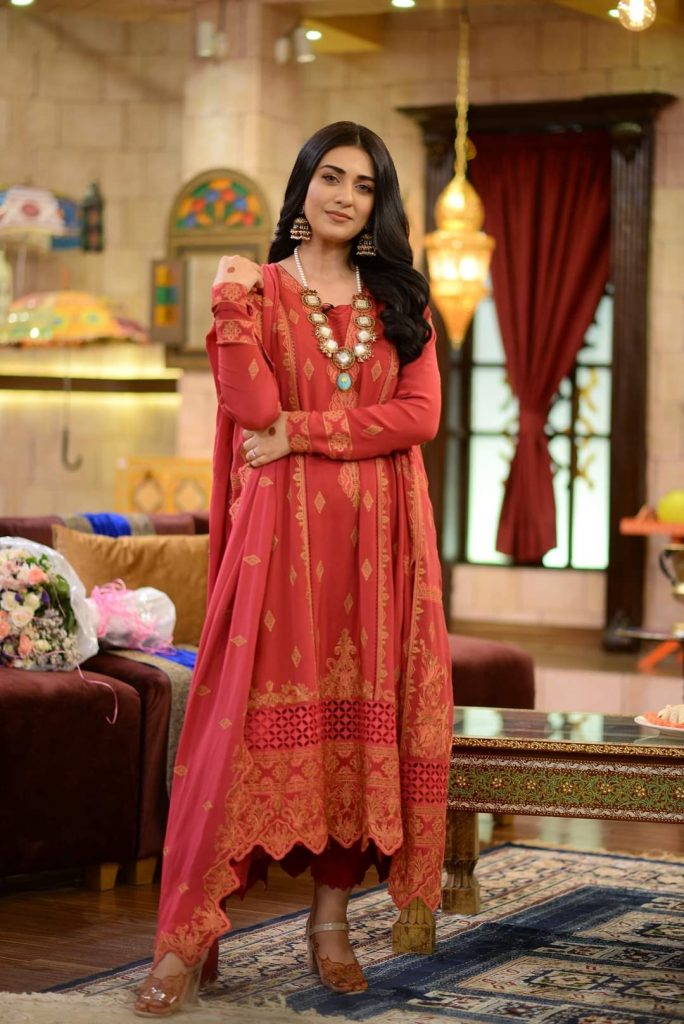 In response to a question from Nadia Yasir, Sarah Khan said that Falak Shabir was chosen for me by my father. But before that we both met behind the stage in a fashion show. We were modeling for different designers. ۔

Sarah Khan further said that I met Falak there. This was my first meeting with Falak. I joined this show with my sister. After this show, Falak met my father regularly and proposed to me. My father agreed to our marriage in the third meeting with Falak. 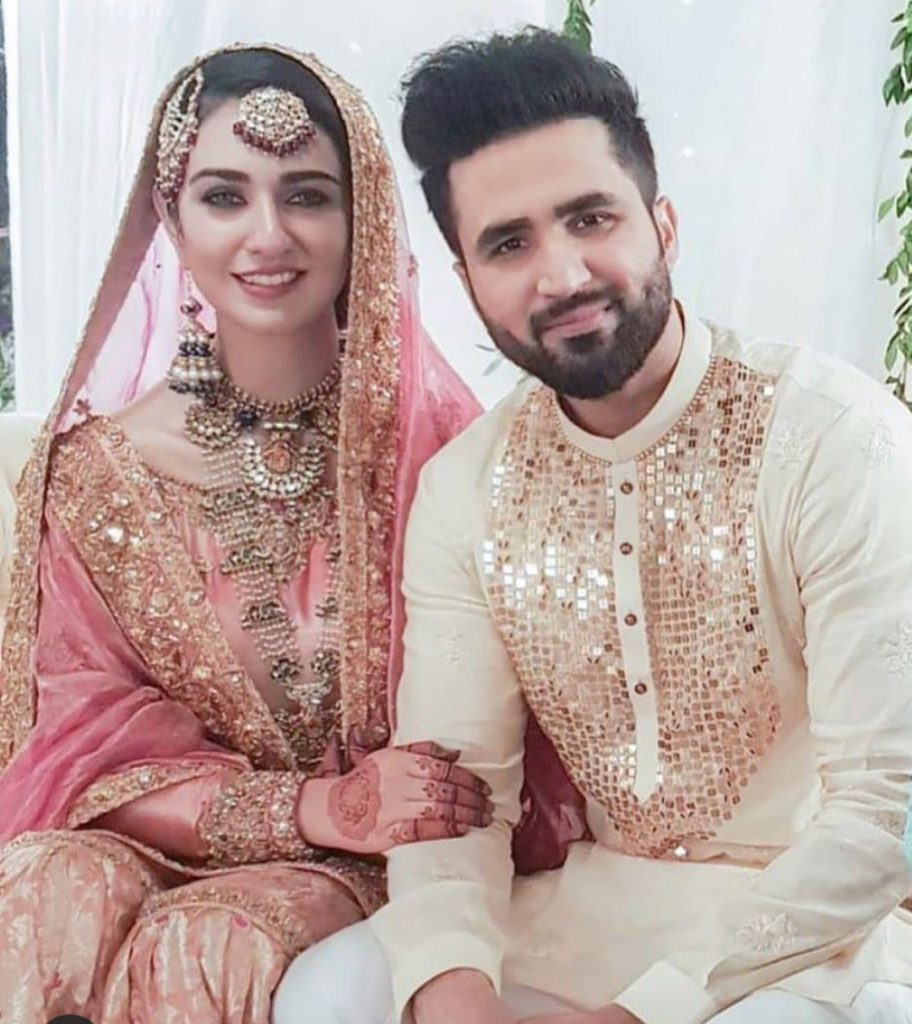 Sarah Khan said in her interview that her father takes great care of his daughters. He also took great care of her. So he chose Falak Shabbir for her because his father had seen care, respect and love in Falak. Sarah also said that their marriage was postponed for three months due to the corona virus because covid-19 was spreading very fast in Pakistan in those days. 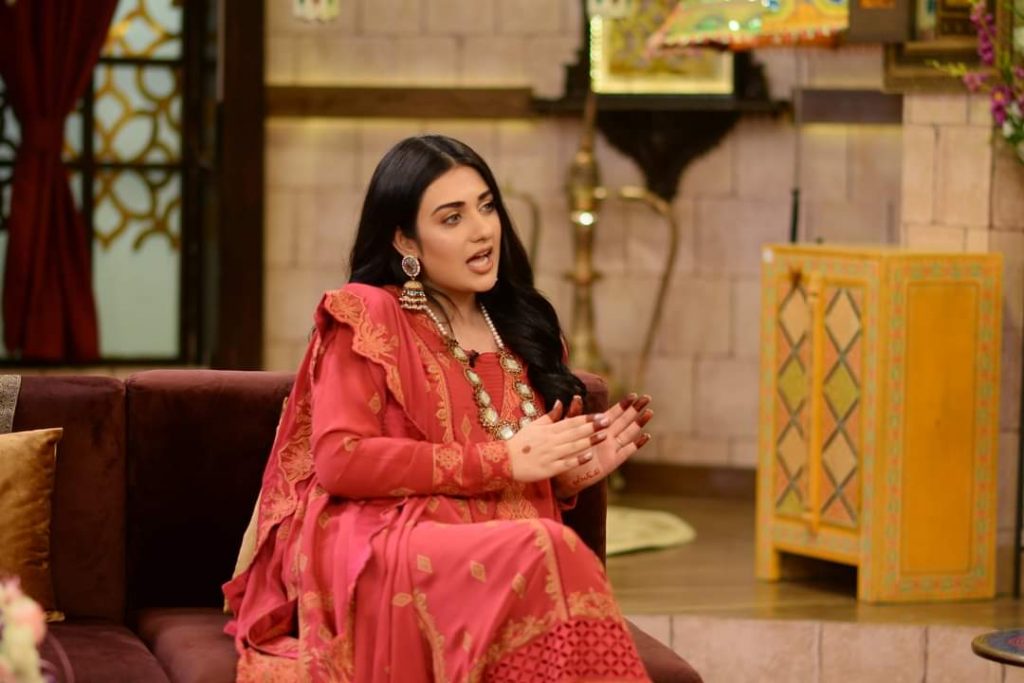 Falak Shabir is a famous Pakistani singer and songwriter. He has sung many popular songs. Falak has sung not only in Pakistan but also in other countries. The reason for his fame is his song ‘Rog’ which was much loved by the fans. Falak Shabir is one of the few most successful singers in Pakistan.